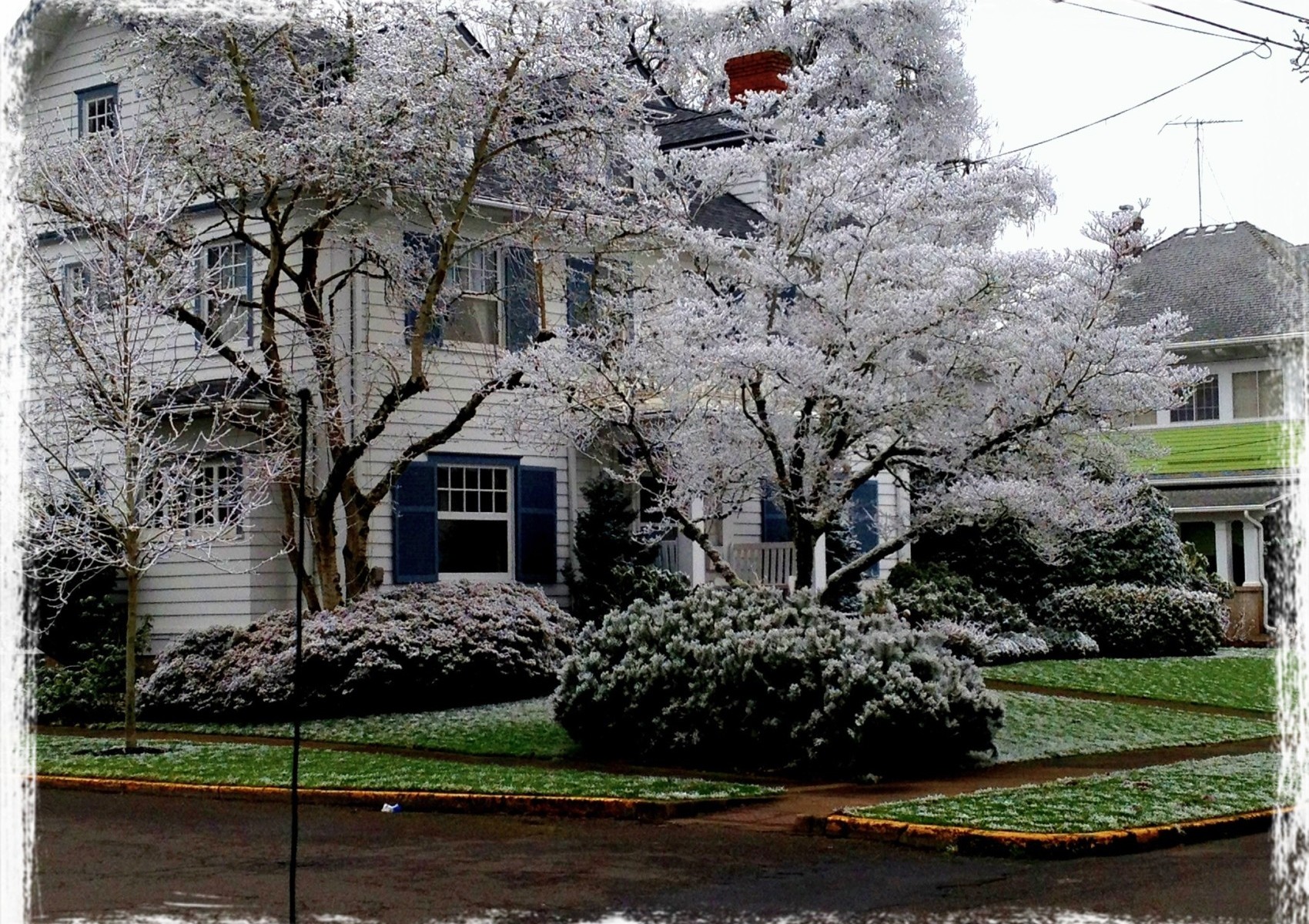 It has been very cold this last week; and we have had lot of freezing fog, so that everything has had heavy frost on it. But I haven’t seen anything until we took a drive yesterday to Silverton, Oregon, a nearby town, where the frost was so heavy that it looked like snow.

I have never seen anything like this. The trees and grass were covered with tufts of frost that was so thick it looked like a layer of snow.

I found out there is a special term for this kind of frost. It is called hoar frost or radiation frost, and it occurs when the air is very moist and passes over ground that is much colder.

We drove around Silverton yesterday looking at this amazing hoar frost and taking pictures. Take a look at the pictures they are truly incredible.

The heavy frost was everywhere:

On Trees.  I got this wonderful photo of the frost on a Weeping Willow.

And this one of puffed up Robins in a Frost covered Tree.

Some yards had very heavy frost on the grass, while other yards had tufts of the Hoar Frost, like this.

The City Park had an eerie look.

All the while, the Freezing Fog hung over the hills and trees, coating everything with white.

And over the neighborhoods.  It was so interesting to see heavily frosted trees while some of the grass had little frost on it.  Of course, the heaviest frost was in the higher elevations of this fairly hilly town.

We stopped for a latte in town.  Walking around we noticed that there was white flakes falling.  It was not Snow, but precipitating frozen Fog.  Truly wonderful.

We drove around a little more on the streets of Silverton to see the wonderful vistas that this Hoar Frost had made.

Through some of the streets and roads around town.

Before we headed home.

In all, it was an amazing drive.  Fortunately, the roads were not slick, so we were able to drive safely.  Today, warmer weather and the rains are returning to our Pacific Northwest home, so the frost is gone.  I am glad we got to see it while we could.